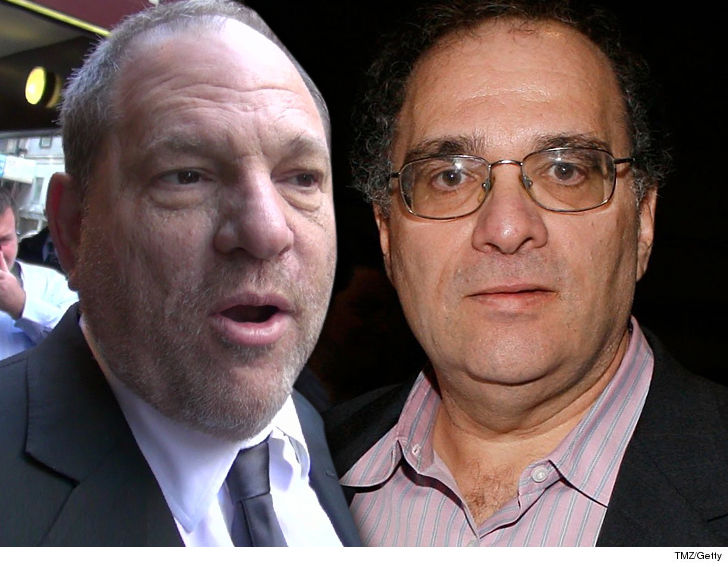 1:14 PM PT —  Weinstein’s rep tells TMZ, “Mr. Weinstein denies allegations of non-consensual sex. Mr. Weinstein has further confirmed that there were never any acts of retaliation against any women for refusing his advances.”

Harvey and Bob Weinstein are being sued by a woman who claims Harvey sexually assaulted her in Cannes, France, but this case is different because it’s filed under the federal sex trafficking law … TMZ has learned.

Kadian Noble, an aspiring actress, claims Harvey met her in London and told her he could help launch her career. She says in February 2014, they were both in Cannes when he asked her to come to the Le Majestic Hotel where he would review her reel and discuss her future.

Noble says she showed up and Harvey sat next to her, started massaging her and gripping her shoulders. She says he then asked her to walk up and down the room for him “for audition purposes.”

And then she says he called a producer at The Weinstein Company who told her she needed to be “a good girl and do whatever he wished,” adding if she did then they would work with her.

Kadian says Harvey then groped her breasts, and she screamed, “No Harvey, no!” According to the lawsuit, filed by attorney Jeff Herman, she says she felt compelled to comply because of the tangible and intangible benefits she would get from a “favorable relationship” with Harvey.

The actress says it didn’t stop … Harvey forcibly pulled her into the bathroom and started rubbing her breast and buttocks. She attempted to leave, she says, but he blocked the exit.

The lawsuit claims Bob Weinstein facilitated the sex acts by either knowing of or recklessly disregarding Harvey’s pattern and practice of traveling abroad “to entice or recruit or solicit young female actors with the promise of roles in upcoming TWC projects … knowing that he would then use fraud, force or coercion to engage in sex acts with these actors.”

The lawsuit also names TWC as a defendant, claiming there was a code word among TWC employees — FOH, or Friends of Harvey — which referred to a young woman who had participated in sex in exchange for a role or a position in an upcoming project. TWC employees, the lawsuit claims, “knew to ‘take care’ of the FOH’s.”

The suit alleges a violation of the sex trafficking statute, which prohibits people from recruiting people to engage in a sex act through means of force, threats of force, fraud or coercion in interstate or foreign commerce. The theory is that Weinstein dangled false promises of stardom to obtain sexual gratification.

The statute of limitations for sex trafficking is 10 years. If it turns out to be a viable legal theory, it could open the door to other lawsuits which could not otherwise be filed because of shorter statutes of limitations.